English is a language spoken worldwide and in recent times, it has also come to be used regularly in the country. Educational institutions, businesses, and other organizations have at least some part of their communication in English. This makes English a useful language to learn. The potential, after having learnt this skill, only increases. Most of the media we see today is in the English language and everyone understands the importance of the language. International trade especially requires the language. This is because all countries have different languages and the one common language that unites the world is English.

Of course, we have also seen many argue that English should not be forced upon people. That is a valid point, yes, but when one realises how wide-spread the language is, one would choose to learn the language just to not feel ‘left-out’.

Our country has many multilinguals, and this impresses a lot of people. On average, most Indians can communicate in at least two languages. So, there is no question of English making us forget our regional languages. It has been deeply rooted in us that out mother tongue is of utmost importance and it remains that way. Majority of the population still communicate with close ones in their mother tongue. We also have many learning new regional languages, mostly because of them shifting to a new area, but also just because they want to learn something new. Teaching the young generation English is a wise decision, a decision that helps our country grow. We also need not worry about the regional languages being left out because as Indians, we have been taught to value our culture and where we come from, hence regional languages still being important to us. However, no language should be forced upon anyone, and everyone should be free to take up any language they wish to learn. Society,in my opinion, should be supportive towards this.

50 Ways to Improve Your English Vocabulary

1. Read, read, read—and listen! Reading literary works, newspapers and novels will expose you to words you would not encounter in everyday conversations. In a similar way, listening to news, and even audio books can greatly improve your vocabulary. 2. …

The Importance of English For Working Professionals

“The single biggest problem in communication is the illusion that it has taken place.” The number of working professionals in our country only keeps rising each year. How they work and communicate directly affects a company’s growth. Hence, soft skills …

Social media is a very important part of most of our lives. Most of us cannot go a day without the usage of social media. Hence, social media has a profound impact on all our lives and day to day … 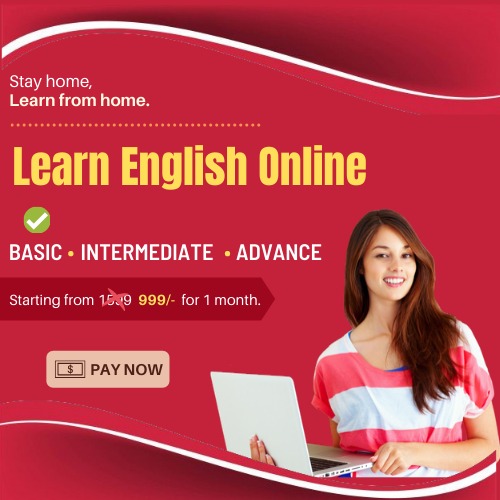